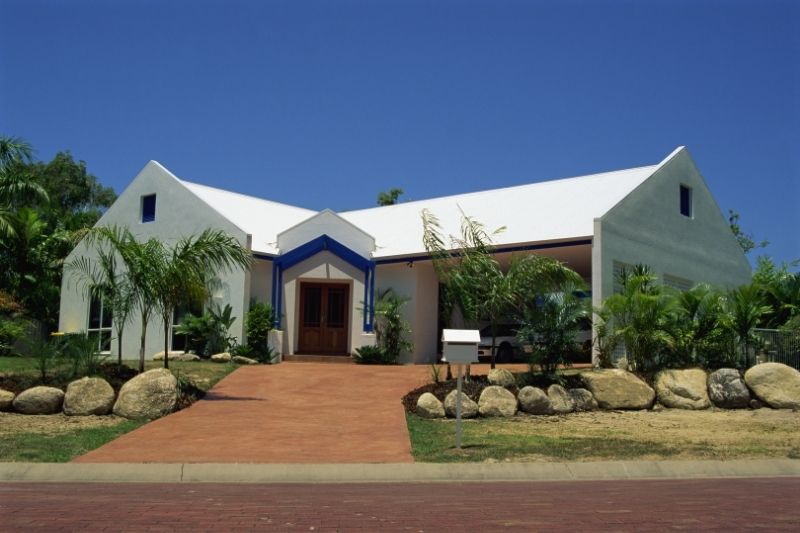 If you’re here, you’re likely ready to purchase an established home with render, or looking to re-render an existing house. Even if you’re familiar with the product, it’s always beneficial to educate yourself on what it is, when it should be used, and it’s lifespan. To gain an understanding, read through some common questions regarding cement rendered houses.

Cement rendered houses may have risks that result over time and affect longevity, such as ground shift resulting in cracks that allow moisture and dirt in. This can lead to cracking, warping, and bubbling of the render. If moisture is left unattended, it can breed mould and bring on wood rot.

How long does render last?

Cement-based rendering will last a shorter time than alternative types. It will likely begin showing cracks and wear anytime between seven and ten years after the application.

How can you determine the age of render?

A licensed building inspector is crucial in determining the age of rendering on a house and any other concerns. Cement render in poor condition or with cracks should apply the general seven to 10-year mark. Other types of render tend to last longer as they are more flexible than cement.

Is it easy to remove and re-render?

You can remove and reapply old render either by DIY or by hiring professionals; however, it can be time-consuming. Remover render on houses carefully so that you don’t damage the structure or bricks below. Rendered houses before and after have markedly different looks – going from worn and aged to new and fresh in the process.

Is a cement rendered house cost-effective and worthwhile?

Out of the various render types, cement rendered houses are the best choice for your wallet in the short term. At the same time, limestone and acrylic are more expensive because they both have expansion properties and will last longer. Rendering a house is a purposeful investment in protecting and updating your home’s exterior.

Will render crack and what happens when it does?

Cracks do occur in rendered houses. It may be due to a structural issue and resulting crack that transfers out to the render. Usually, the most likely culprit for cracks is moisture entering through cracks and settling behind them. It is essential to routinely inspect and then seal off any cracks found as soon as possible.

What not to apply over the top of render

Avoid applying new render on the top of old render unless it is in excellent condition. It is best to remove the old render and finish re-rendering a house. If there is soiling on the old render’s surface, the new render will not adhere as well as if you were to apply it onto a clean slate after removing the old render. Additionally, repeated rendering applications will cause the entire surface to become too heavy and may result in chipping over time.

When painting a rendered house, be sure to wait the recommended four to six weeks for the rendered property to cure. Waiting this long will allow proper adhesion of paint to the render. Painting adds character and personalization to your home. A rendered house is a timely, and the aesthetically pleasing choice whether you’re buying, building or renovating.