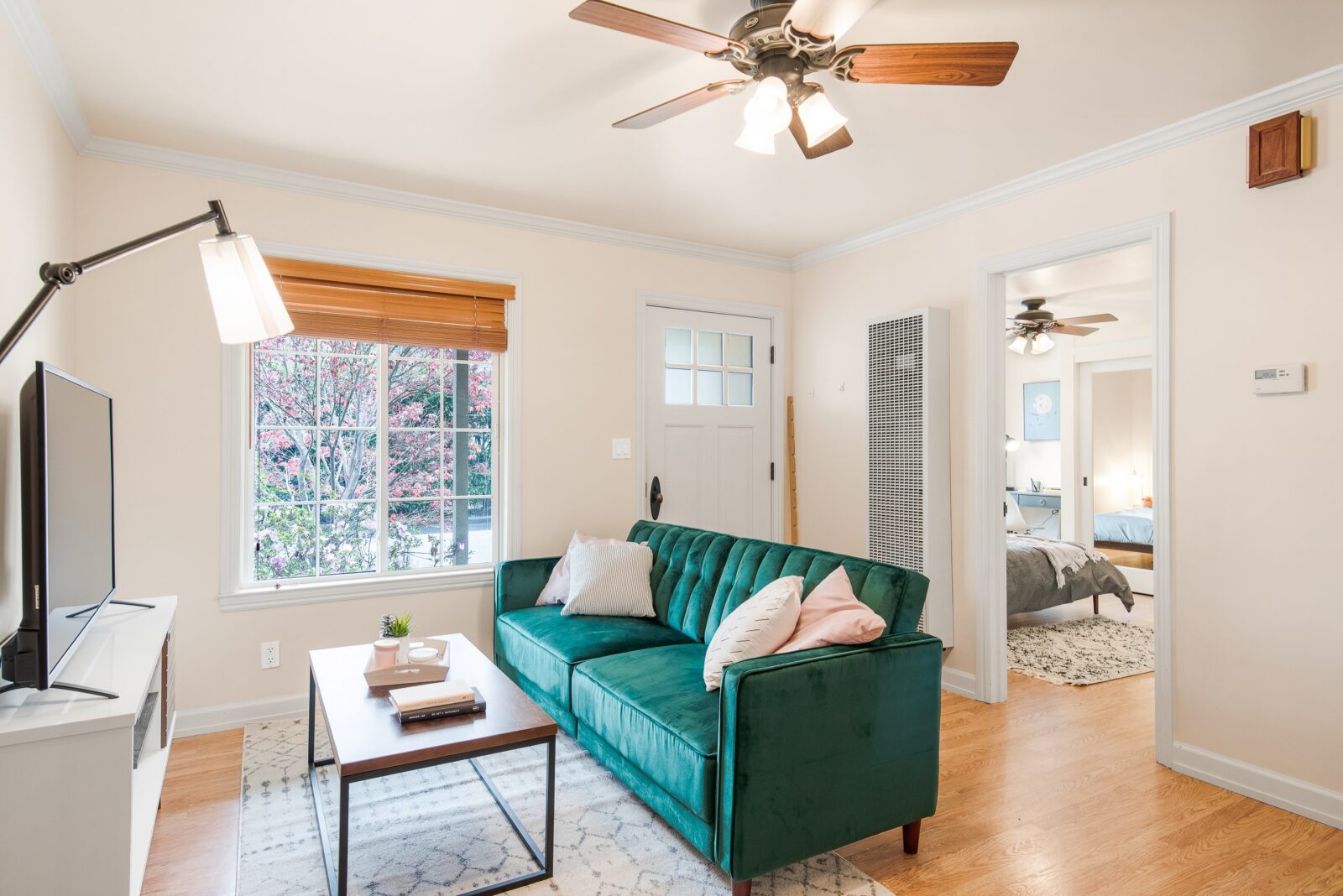 Sagging ceilings. Most of the time, they go unnoticed to the untrained eye, hiding serious problems any homeowner would want to be aware of. But what makes a ceiling sag, and should it be a major turn off to buying a house? We explain in this article.

What causes a ceiling to sag?

Several factors can make your ceiling sag. In some cases, the problems are immediately noticeable. For example, you may notice the first crack in the paint or see that the ceiling leans to one side. In others, you may not notice much until the ceiling becomes loose and can no longer support the weight of the ceiling fan.

If moisture gets into the ceiling, it can impact beams and supporting frames. In other cases, a frame may be undersized, or there could even be missing load-bearing beams. Foundation movement can cause a ceiling to sag and light fixtures with wires that have been overheating. This isn’t an exhaustive list of causes, but it’s essential to determine the severity of them before you make any decisions.

How can I tell if my ceiling needs repair?

Sometimes the signs are obvious. Other times they’re hard for the untrained eye to pick. Some things to look out for are:

Often, the pillowing in the ceiling is not visible, but you can check it out yourself with a ladder or step stool in a well-lit room or with a flashlight.

For expert advice and insight into why the ceiling is sagging, give us a call.

Why is the ceiling sagging?

There are several causes of a sagging ceiling. They include:

What should I do if a home we’d like to buy has a sagging ceiling?

Your first point of call should be to have the ceiling investigated by a building inspector during a pre-purchase building inspection. The inspector will determine the cause and severity of the sagging ceiling and will provide you with the information you need to decide and negotiate

Armed with the inspection information, you may choose to cut your losses and move on because the issue is structural and just too big, or you could get a quote for repairs and use this to negotiate the sale price. The seriousness of the ceiling condition will usually determine the outcome because sagging ceilings can pose a safety risk.

Well, that depends on the outcome of a professional inspection. On the one hand, sagging ceilings can be an eyesore yet easily repairable, and on the other hand, they can be a hazard and severe accident waiting to happen. Armed with professional advice, you can determine whether either of these is a deal-breaker or not. Of course, knowing the reasons behind any required repairs also makes the decision easier for you.

Have you got your eye on a property? Give Safeguard Inspections a call to reduce the risk.